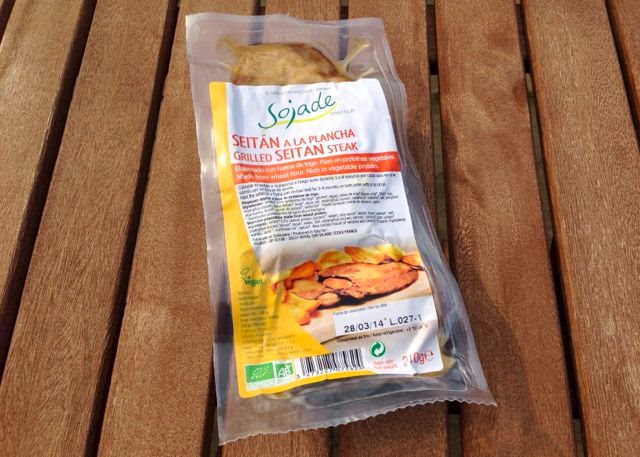 A pack of three griddled vegan steaks made from gluten. Sojade's meat-free range now includes burgers, steaks and the roulade we reviewed, but strangely their soya mince contains egg (despite espousing the benefits of a vegan diet on their UK website). Can a seitan-based steak cut the mustard? These steaks are pre-griddled (and seitan is pre-cooked anyway), so they only need a couple of minutes in the frying pan. Out of the pack they taste a bit like all seitan does, chewy and quite juicy from the cooking broth. 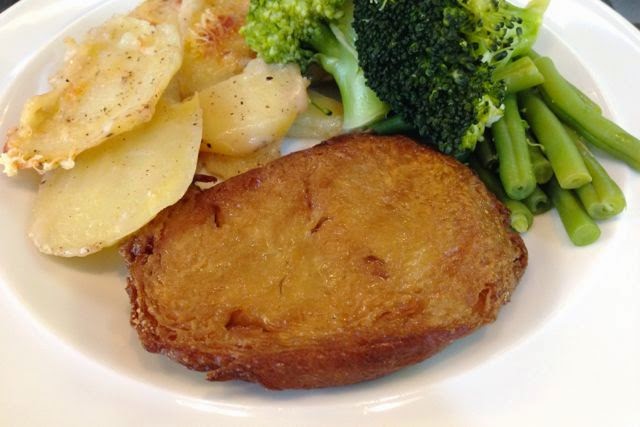 Once cooked, they brown up and you can get them crispy around the edges. The texture is tough as shoe soles, but so is all seitan... it gives us vegans something to chew on. The flavour is really quite bacony so they're a bit more like a gammon steak than a beef steak.

If you like fake meats, these are pretty good and you'll enjoy them. We recommend a little sauce to go with them though, as some of that juiciness is gone by the time they're cooked.

The Good: Something meaty and bacony to chew on
The Not-so-good: Rather tough

Here is the ingredients panel from the pack we reviewed.

We love to hear from you! Links to other vegan or related sites are welcome in the comments.

ANONYMOUS COMMENTS ARE CURRENTLY TURNED OFF DUE TO THE AMOUNT OF SPAM WE'RE GETTING.