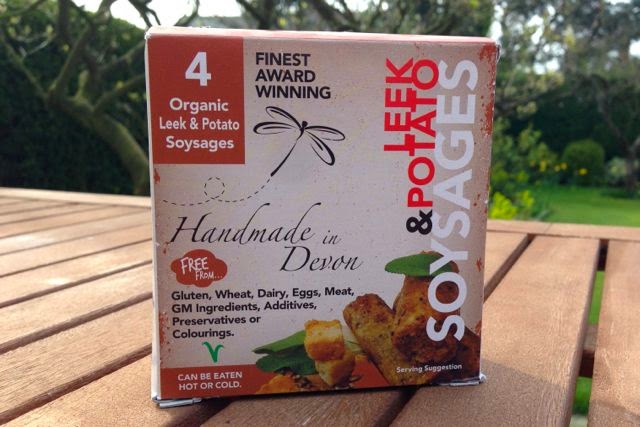 Handmade vegan sausages from Devon. Meat-free and gluten-free, made with soya bean fibre. We've avoided these sausages until now, based on the fact that a sausage which is 70% potato and rice just can't be any good, can it? 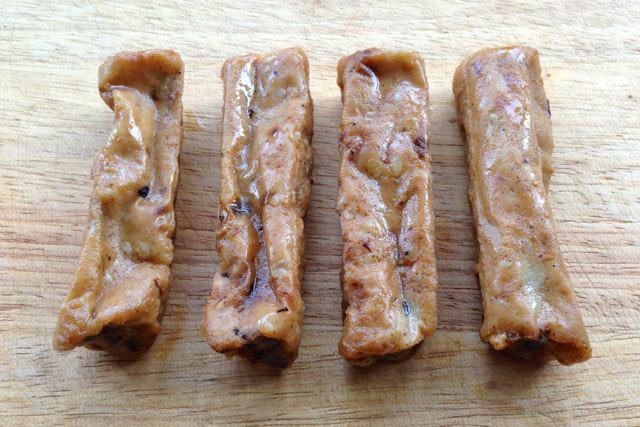 The sausages are vac-packed inside the box, and extremely misshapen as a result. They miraculously regain some of their shape as you cook them though. 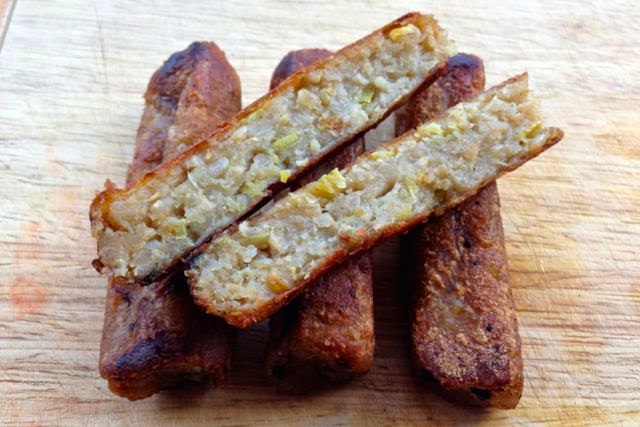 The cooked texture looks a lot like a veggie sausage - not the potato mush we were expecting. We reckon the 'soya bean fibre' is okara - the residue from tofu production (which Dragonfly make too). It provides a reasonably meaty texture. 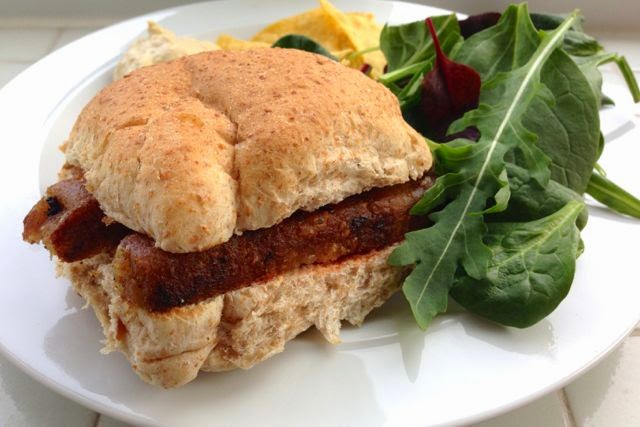 These sausages are surprisingly tasty. They're somewhat potatoey, kind of like a hash brown, but a bit meatier. They're really good on a sausage sandwich. If you were having a vegan fry-up...and weren't having hash browns...they would be great for that too.

Dragonfly's Soysages also come in an 'original' flavour too, which is higher in protein. They also make burgers, patties and tofu.

The Good: Really tasty, low in fat
The Not-so-good: Quite low in protein

Here is the ingredients panel from the pack we reviewed.

We love to hear from you! Links to other vegan or related sites are welcome in the comments.

ANONYMOUS COMMENTS ARE CURRENTLY TURNED OFF DUE TO THE AMOUNT OF SPAM WE'RE GETTING.